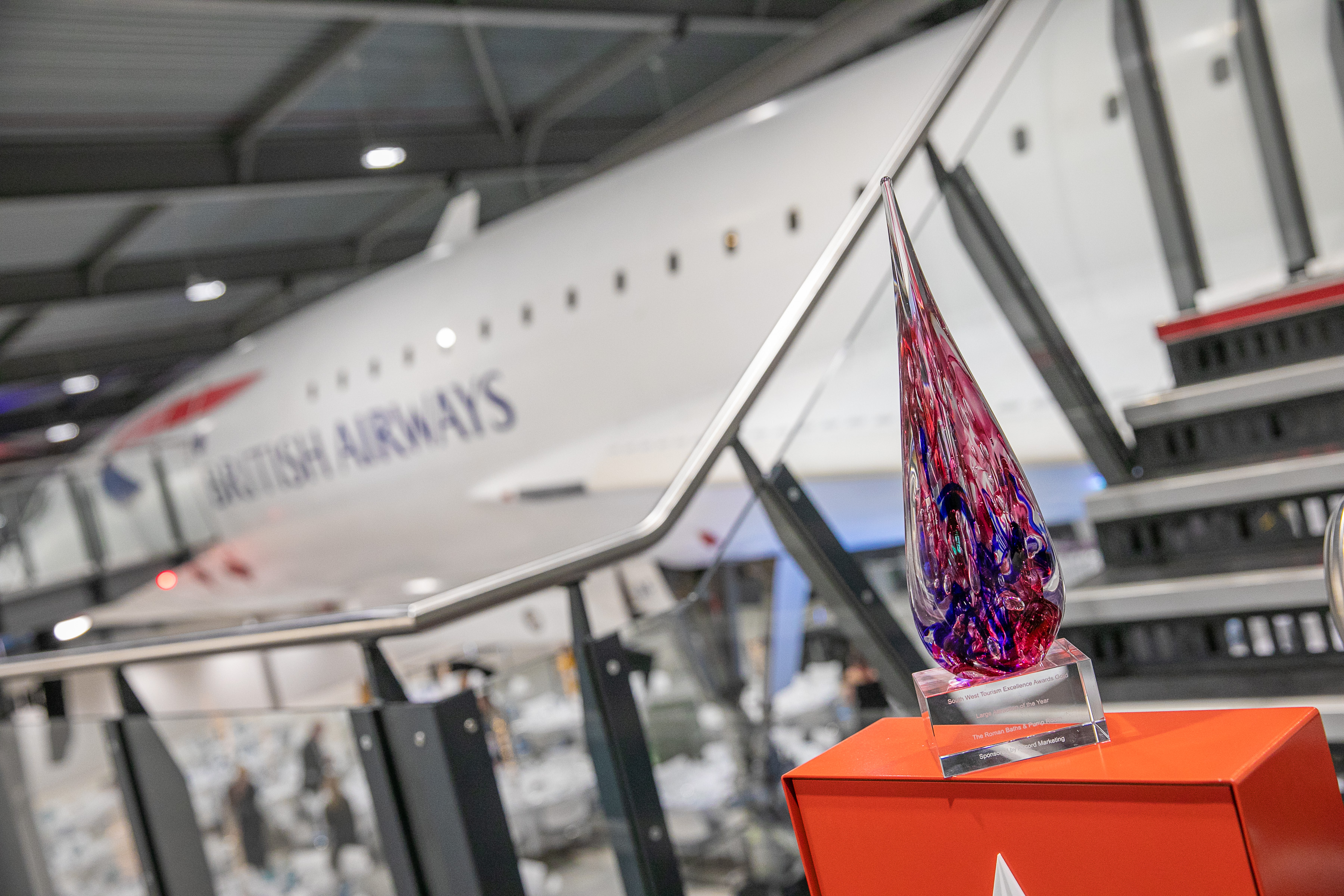 Some of the best tourism businesses in the South West were announced at the Awards held under the last Concorde to ever fly at Aerospace Bristol. With Concorde celebrating its 50th anniversary since the maiden flights in 1969, this year’s Tourism Awards were held under the plane wings, with a fitting introduction for Captain Les Brodie, who piloted the last ever flight to Filton 2003.

Out of the numerous entries and awards (107 winners to be exact!), members of Devon Hotels & Restaurants Association did themselves proud, scooping 4 prestigious awards.

The Gold Award for ‘Large Hotel of the Year’ award, sponsored by Vickery Holman, was presented to Bovey Castle.

Bovey Castle enjoyed a double scoop when it picked up Bronze for Restaurant/Bistro of the Year, sponsored by St Austell Brewery.

The Gold Award for Small Hotel/Boutique Accommodation of the Year, sponsored by Buckleigh Linen Services, was awarded to Lympstone Manor.

Entries into the Awards broke all records, aided by new excellence workshops helping businesses take their businesses to new heights. Winners were spread across the whole region from Wiltshire and Dorset in the East, to Cornwall in the west, and from Devon in the south to Somerset, Bristol, Bath and Gloucestershire in the north.

“The awards showcase the best that the South West has to offer visitors; including accommodation, destination resorts, food and drink, activity and sport,  to attractions and experiences.

Considering the rigorous short-listing process including a team of 51 mystery shoppers, our winning members of Heavenly Devon Hotels and Restaurants have done themselves and their region proud and it can be seen as an indication of the quality of the products and services they’re providing”.

Robin Barker, of Services for Tourism added: ““I’d like to commend you – the South West’s leading tourism businesses for your vision, investment, hard work and excellence. You have had the courage to put yourselves forward to be judged, have been through what is recognised as England’s toughest judging process, and will all be winners tonight.”