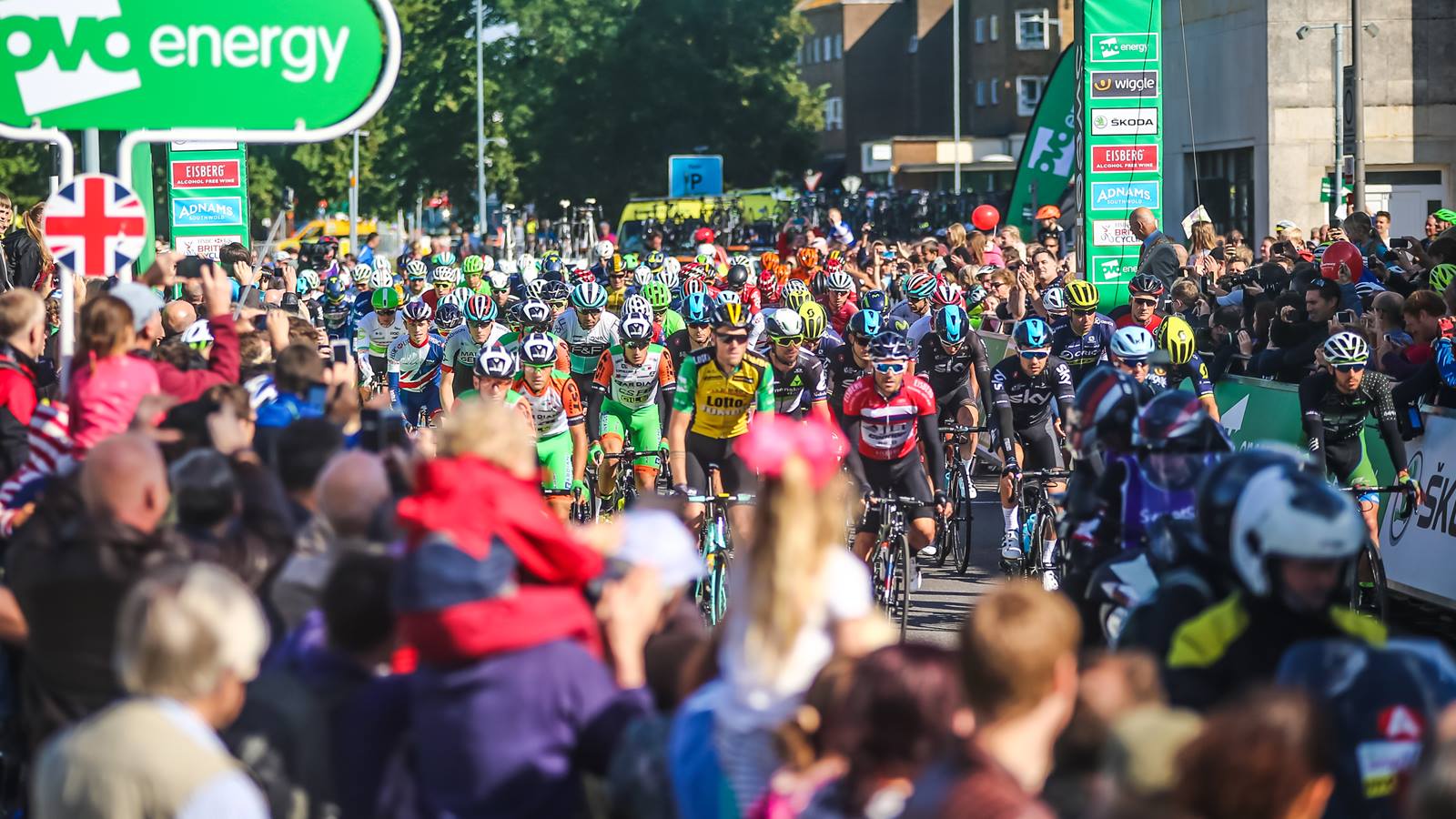 Stage Two of the OVO Energy Tour of Britain kicks off in one of Devon’s newest towns, Cranbrook, on September 3rd, covering 174km (108 miles) of beautiful Devonshire countryside before arriving and finishing in Barnstaple, which welcomed the race back in 2012.

The race will travel through the Pannier Market in South Molton and into Barnstaple before embarking on a 70km loop, only to return to the town for the grandstand stage finish.

Two of the world’s cycling superstars, Geraint Thomas and Chris Froome will be leading Team Sky. Thomas, MBE recently won the 2018 Tour de France and Froome, OBE is the reigning Giro d’Italia and Vuelta a España champion and four time Tour de France winner.  Chris is considered the leading Grand Tour rider of his generation and first rider to have help all three Grand Tour winners’ jerseys at the same time since Bernard Hinault in the 1980s.

It will be the tenth time in 12 years The Tour of Britain has visited Devon with the county hosting starts and finishes annually between 2009 and 2014 with the last Devon Stage held in 2016. We’re looking forward to many more!